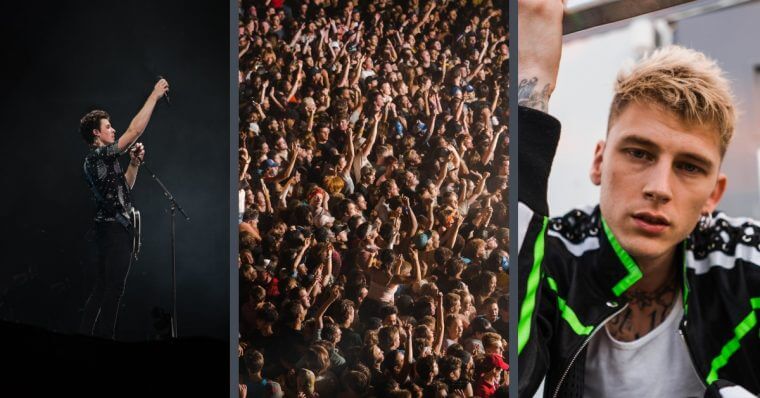 Music festival photography is something I randomly got put into and have loved ever since my first festival shoot. Festival photography challenged me. Most concert shots I found online were direct shots of artists on stage. These photos are great, but I wanted to do something different. I wanted to capture artists from perspectives that aren’t typically done and from perspectives that portray the festival goer in a much better way. I wanted people to look at my photos and think “wow, I was there” and they can remember their experience through the photo.

To date, I’ve taken photos for about 4 music festivals, which isn’t a lot compared to professional concert photographers, but I’m here to share my experience. There is still a lot to learn, but these four festivals have taught me a tonne. The biggest takeaways so far:

1. Be hungry for the shot, but know your place.

There are many times where I could’ve taken a good portrait of an artist backstage, but I didn’t have the balls to go ask. I’ve seen other photographers go in and get photos that I wish I got. But you need to read the situation and make a good judgement call. But remember in most situations like this, the worst case is they say no and you move on. Here is a photo of Machine Gun Kelly I took backstage at Bluesfest 2018. 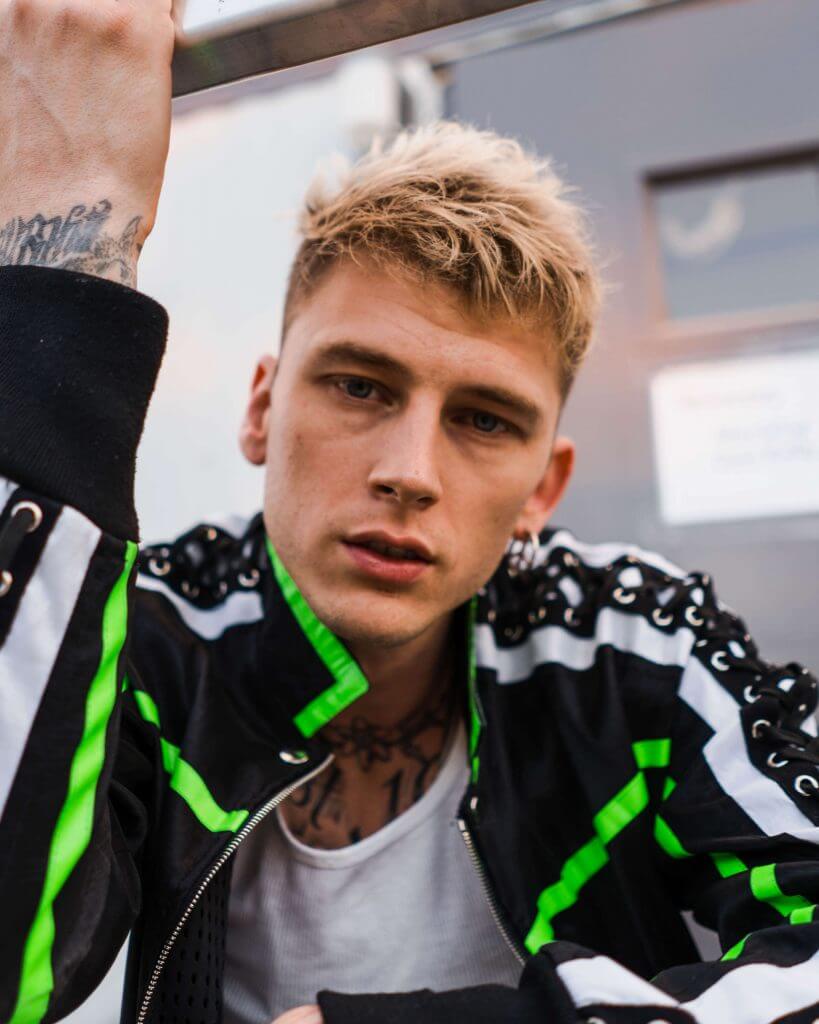 Keep moving throughout the set. Just because the three songs are done, doesn’t mean you are. Go out, get crowd shots. Get photos of the artist from the crowd, but also get photos of the crowd. The people make the show, so it’s important to capture the overall atmosphere. This shot was taken from the rooftop of the venue with the Sony G-Master 70mm – 200mm f/2.8 on the Sony A7iii. 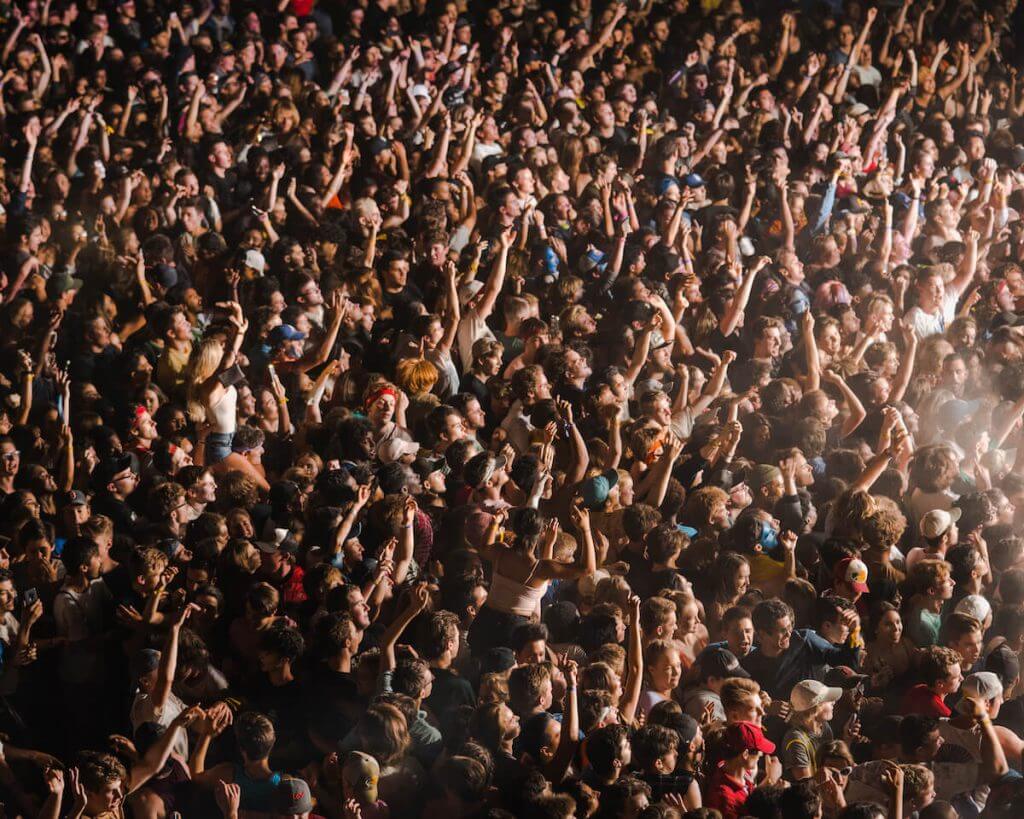 My typical photography camera spread would have prevented me from getting the shots I ended up with. If I just used a 28mm prime lens, my photos would be cool, but the lens would have limited the diversity in my shots. I rented the Sony G-Master 70mm – 200mm f/2.8 for my latest music festival and it was well worth it. If it’s a big event or a rare opportunity, having the best gear on you will definitely help. If you use the rental camera gear properly – it will be worth it. 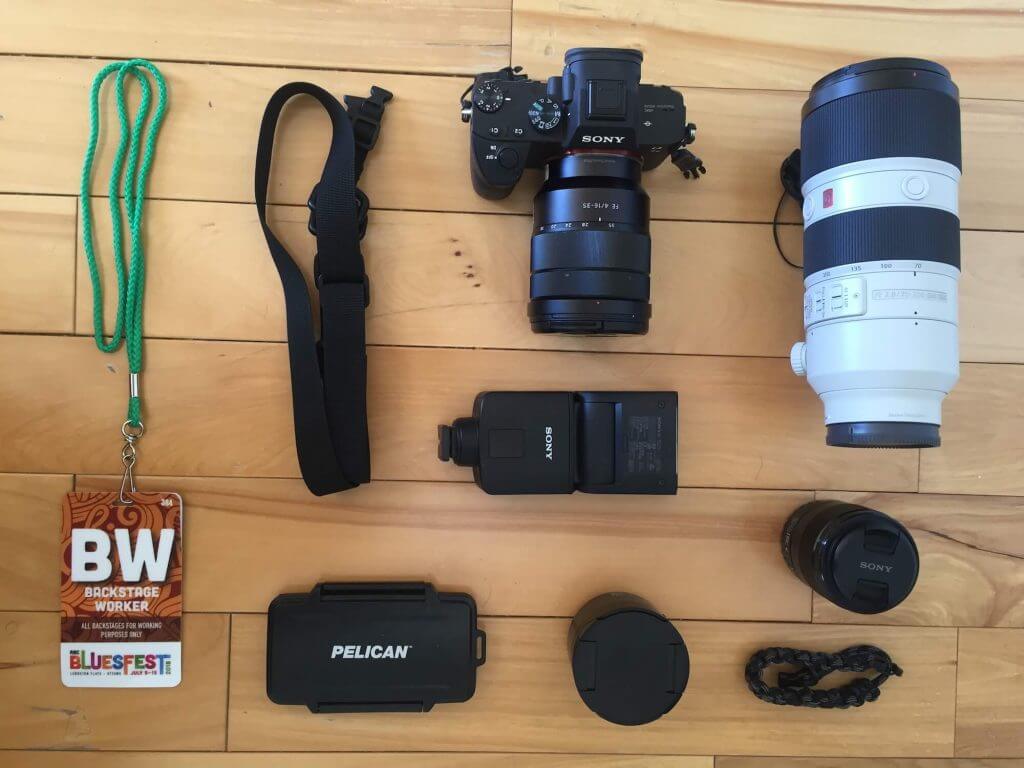 The past few years have taught me a lot in terms of how to take photos for music festivals and I’ve learned a lot about what gear to carry. Moving forward, these would be the upgrade to my kit which I think would make a positive difference in my work.